Media conference by SIGI on Saturday and Sunday

SIGI: Towards a fair and gender-sensitive media

The media is an influential authority that could play an effective role in defending women’s rights and helping to change the gender stereotype roles in society.

Obtaining equal coverage in the formal and informal, audiovisual, print, and electronic media is considered an important and essential contribution to reducing gender discrimination.

The media is one of the main tools for women to influence public and popular opinion, especially during the electoral process.

It helps to distribute information and increase knowledge among women candidates, voters, and the public to achieve an integrated electoral process based on justice, equality, and equal opportunities.

Under the patronage of His Excellency Minister of Political and Parliamentary Affairs Eng. Musa Maayta, Solidarity Is Global Institute (SIGI) is organising a media conference entitled: “The importance of the media in enhancing women’s participation in public and political life” next Saturday and Sunday, May 16 and 17, via ZOOM application, due to the COVID-19 pandemic restrictions and in compliance with the government’s decisions and Defense Order not to hold meetings in the places designated for that.

to contribute in improving the political environment in order to support the active participation of women in public and political life.

The conference aims to:

The conference includes an opening session, and seven sessions in which working papers submitted and presented by specialists. Two commentators will follow up on each presented paper.  The closing session will be devoted to public discussion, then conclusions, recommendations, and proposals.

The conference targets the various individuals and institutions concerned, especially members of the “Eye on Women in the Elections” coalition, members of the Steering Committee of the Civil Observatory for Gender Equality, field coordinators, observers and monitors, participants from the training on gender auditing, women parliamentary leaders, and members of local, municipal and governorate councils. The conference also targets journalists, workers from various media outlets, media college’s, Jordanian universities and institutes’ representatives, and relevant civil society representatives. The conference also targets our approved mailing lists, including the association’s partners, active women in public and political life, women who were candidates in previous elections and those who wish to run in the upcoming elections. 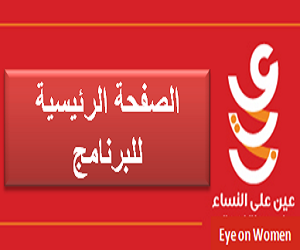 Powered by WordPress | For Sisterhood is Global Institute
© Copyright 2020, All Rights Reserved